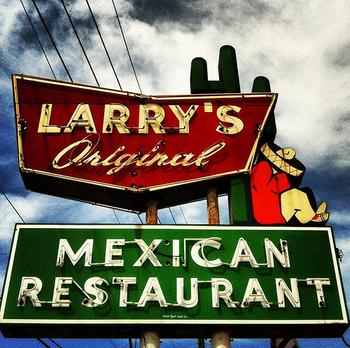 ​​​It all started with commercials on the radio. Larry was always the guy whose wife was always disappointed in him for either spilling wine on the carpet, spending too much money on insurance or getting indigestion for eating fat and greasy foods. The first time I heard it on the radio I thought it was an anomaly. But after a while, I realized that there was a serious pattern forming.  Then I started paying a little more attention to TV commercials and guess what?  It was happening there too!  On TV, in movies, in books, on video games. Everywhere I looked, Larry was portrayed as the loser. Always the “before” guy and never the “after” guy. Because Larry’s have been getting a bad rap for so long, the name Larry has really taken quite a hit. The number of people named Larry has dropped drastically over the past 40 years. Numbers don’t lie.

So far, with this website, I have just begun to scratch the surface with examples of how Larry is portrayed in the media. Keep checking back as I add to the collection and demonstrate how the name “Larry”, is portrayed by those who, when looking for a name to describe their hapless character, always seem to choose Larry.